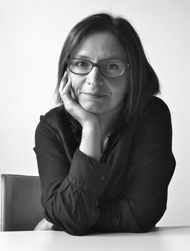 The architectural studio works principally in the sector of renovation and interior design both for private and commercial premises.

As a qualified partner entitled to liaise with public authorities as well as companies and artisans, the architect brings her own long experience, her knowledge and ideas, to bear on definition of space and use of materials. At the same time, she does not come with stereotype ideas and will be alongside the client in selecting technical solutions, decoration and furnishing, for the whole space or for a single part of it.

Emanuela Terrile, born in Genoa, has been living in Milan since 1992.
After education in fine arts, she obtains an honors degree in Architecture at Politecnico di Milano.
During her studies and after her graduation, she worked with various architectural studios in Milan, gaining the experience which enabled her to carry out her first independent project in 2002.
From 2003 to 2006 she took part in research on Twentieth Century Italian architecture as well as working on architectural projects.
She lives and works between Milan and Chiavari, on the Italian Riviera, because she cannot do without the light and perfumed breeze that comes from the sea. She has two young children.